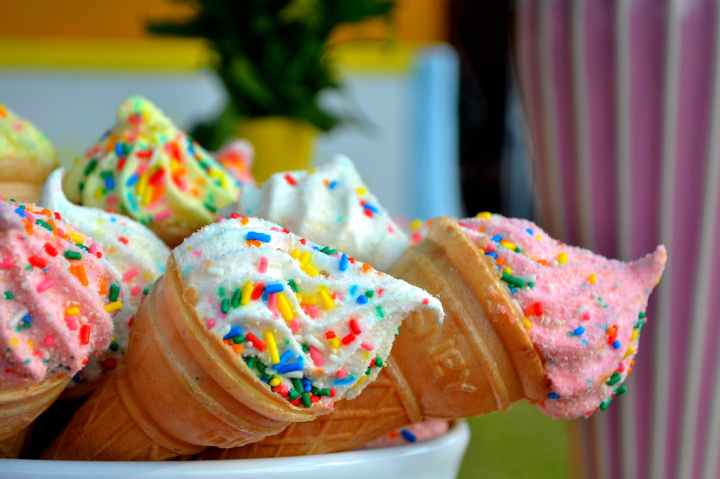 For long time readers (that’s both of you) my aversion to Apple as an organisation and the near cult of Steve Jobs is well documented. However, I’m also pretty ‘whole of market’ about where I get my wisdom – because I think learning is so precious that you should try and grab it wherever you find it.

It would be ridiculous to say I didn’t like Apple so there are no lessons to be learned from that organisation or its history.

The other day I passed an ice cream stand that had a Steve Jobs (attributed) quote written on a board.

I think at the heart of that is something really important. That helping people and organisations get better – and helping them achieve – isn’t the same as making people happy.

It certainly isn’t about making people unhappy (that’s toxic), but most of us have benefitted from tough but necessary lessons at some point in our careers. Most of us have recognised our luck in having people who are prepared to have the uncomfortable conversations with us which prompted us to reflect and grow. Once the conversation is over most of us were thankful that our manager/boss/colleague cared. Most of us – longer term – were happier.

I think it’s largely a false choice to ask people to pick between being respected and being liked. They aren’t mutually exclusive. But don’t ever lose sight of the fact that leaders get paid to do the stuff you respect them for, not to enhance their own popularity. My caveat to this is that once you accept you can’t make an omelette without breaking eggs then it gives some people with a predilection for breaking eggs a nice excuse for poor behaviour. As with many things the truth lies somewhere in between.

If you are leading people then what they need and what they want aren’t always aligned. It’s your job to support those conversations to reconcile those things even if you are unpopular for a bit.

If you are leading people then their standards and those of the organisation might need to get a bit closer. It’s your job to step towards those conversations as quickly as possible for their benefit.

If you are leading people then sometimes the conversations with one person about their impact on the broader group fall may in your lap – it’s your job to handle them with grace and care.

Well, you can always go and sell ice cream.

(please note if you work as a leader in the ice cream industry then you’ve got all angles covered. Kudos)

2 thoughts on “The Nature of Your Jobs”