I regularly talk and write about the need for a more evidence based approach to creating work that works better for more people. Less guff. There is too much faddishness and too many poorly thought out and poorly joined up initiatives. I’m therefore naturally grumpy when people attempt to sell solutions packaged with overclaims or rubbish evidence to back it up (‘Our product has used neuroscience to improve 107% of orgs we worked with’). I’m the one that says ‘prove it’ because not enough time is spent really reflecting on what is most likely to work. We rush to action.

That said… It’s worth making sure that we don’t throw the baby out with the bathwater when taking this approach and I’ve seen some of that recently. In an effort to, rightfully, avoid overclaims it is easy to undermine legitimate claims in the same space. Or maybe more obvious truths just become collateral damage. I thought I’d share a couple of examples

Carol Dweck’s work on growth mindset (the need for a belief in possible improvement being central to performance, expanded on in Bounce by Matthew Syed) has come in for criticism. Some criticism centres around falsifiability (if you say something must not have been done properly if it doesn’t work then it’s hard to prove it doesn’t work) and some applicability (a lot of the work in this area has been done with children, not in work environments). And there is absolutely validity in the criticism. The challenge however is that it would be absolutely perverse to believe that a willingness to persevere and practice isn’t strongly linked to the ability to improve. If you remove the research and just think it through it must to some extent be true. It would be theoretically possible to fundamentally disagree with research (methodology or conclusions) and still hold that practice makes perfect (or at least better) and that people who give up aren’t likely to get better at things. It’s a surprisingly obvious truth.

For years we’ve been told that better levels of engagement guarantee business success. Or are inescapably linked to business success. But the academic evidence for this is weak. Rob Briner provides an excellent overview here and was commissioned by Engage For Success to do an evidence review which concluded… There isn’t a lot of credible evidence for what are some quite often incredible claims (made by a host of providers). Yet having said that… if you ignore all of overclaims and pseudoscience and reduced the engagement case from something akin to organisational magic to something more mundane then… the claim is simply that ‘People who want your organisation to succeed are more likely to contribute than people who really don’t care’. That seems relatively uncontroversial. To what extent it makes a difference might be debatable, but not that a difference exists. The packaging is the problem, not the potential mundane but important truth.

Where people are making claims we should examine them, but we should also remember that our own experiences and those of others are a type of evidence. And a valid type of evidence. A little more joined up common sense and a little less ‘studies show organisations that do one thing succeed’ might get us a long way.

Last week I had the opportunity to go and see F.W. De Klerk speak about the end of apartheid and the importance of leadership – something that Kate Griffiths-Lambeth covers in wonderful detail here. I then went to see Dirty Rotten Scoundrels at the weekend.

De Klerk spoke at some length about how the requirement of leadership is to stand for something, – not to just play back to the people what they want to hear in order to get yourself elected. It is an important distinction and a complicated one – is it arrogant to suggest that sometimes the leader will be in the best position to see what is best for the people? Is the essence of democracy enshrining of choice – or the enshrining of the choice of a leader? Since principles seem to shift over time how do you stand up for them?

“Give them want they want. Smooth and easy.”

I’m pretty sure someone who has never worked in HR could read a few blogs/’thought leadership’ pieces and cobble them together into something that would get a good reception.

Top topics seem to be

Maybe writing those is giving the people what they want? Maybe some of us are unwitting con artists and some of us are intentional con artists. Plenty of us will say we don’t write for the stats – but I bet not many of us would write if nobody read or responded.

Maybe being unpopular is a sign of genuine leadership. Maybe the best thought leadership out there is so unpalatable or progressive that it doesn’t register, as it doesn’t fit into one of the categories above.

I’ve written posts on most of the topics above, so this is a reflection rather than a pop at other people. What would leadership in this space look like? Or is ‘social’, by its nature, more about collaboration than genuine creation?

Would it make any difference if you could?

I don’t know who’ll want this post, but thanks to Mervyn Dinnen for the nudge 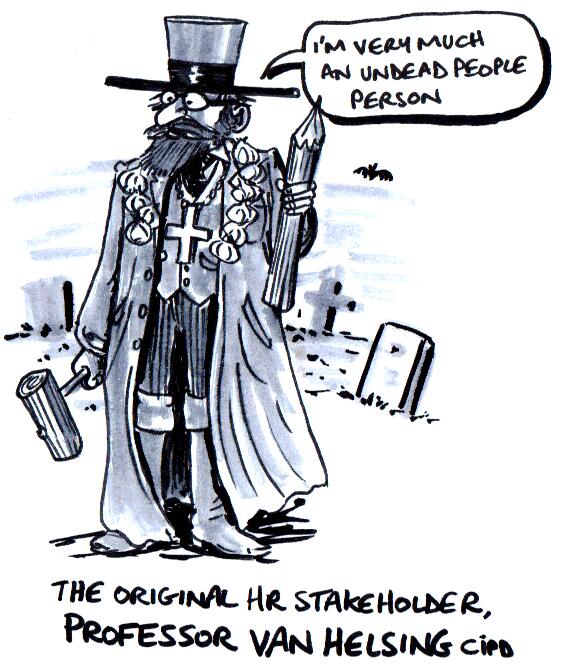