One of the hardest parts of joining a new organisation or team is working out how to match your risk appetite with theirs. The statement ‘I think we should …’ often depends on an understanding of mutually acceptable risk.

On Sunday morning I drove with my brother and family towards St Govans Chapel in Wales. It is a place that represents magic and fun for us – as when we were children my brother and I competed to see who could stay out on rocks longest before the tide washed over them. It was a game of brinkmanship and risk management that we turned into an art form. It was ridiculously dangerous.

If the tide was right we were going to play the same game this week.

The plan deviated from its expected course when we approached St Govans only to be met by a red flag flying on the narrow lane to the car park. A red flag that meant the land ahead was being used as a firing range by the military and was therefore not accessible.

So you would think that would be that – except we really wanted to go.

“Do you think the red flag really means stop?”
“Don’t know, haven’t seen it before, it says on that sign that it means the range is active.”
“But anyone could have put the flag up?”
“True, but it would be quite an elaborate prank”
“Anyway we saw a car come down the road away from the car park so it must be open”
“Well, technically seeing someone drive away from something isn’t a great guarantee it’s open”
“Shall we just drive up the road and see what happens?”
“I’m up for that, but what if what happens is that we get shelled by a tank?”
“We could outrun a tank”
“Yes, but we couldn’t outrun a shell”
“True…”

After about five minutes we defaulted to the option of asking my sister-in-law as to what we should do. Her view was, quite sensibly, don’t run the risk of getting blown up by a tank on the first day of your holiday. A relatively sensible maxim. She didn’t actually really see as much of a choice as my brother and I did and, after a brief protest, we had to agree she was probably right.

We drove back down the road, disappointed and grumpy until we passed a sign that said ‘Open’. The road was open!

So we turned around and headed back up the road at speed – whereupon we met a car coming the other way. The car stopped us and said ‘It’s a red flag so it’s shut’.

That should have been it, but my brother at this point didn’t want to hear that. So he started to explain to a couple that we had never met why we thought that they should probably turn around and head their car back in the direction of a potentially live military firing zone.

“We know there is a red flag, but there is also a sign – and the sign is probably a better indicator than the flag…We used to come here all the time and we’ve never been shot at”
“We are just going to go by the flag…the sign next to the flag says ‘live firing zone ”
“Yeah, but the sign we saw comes first on the road, so it’s probably more accurate ”

At this point I intervened to tell my brother to let the other car go. It hardly seemed fair to get them to risk their lives based on our conviction that it might be safe to continue onwards. He reluctantly agreed and we also turned back.

It turned out that we could access St Govans today. I took my daughter down for a scramble over the rocks and to see where my brother and I used to play. She loved it.

I hope when she is older she stops for red flags, but I also sort of hope that she wants to continue past them. That’s where the fun happens. 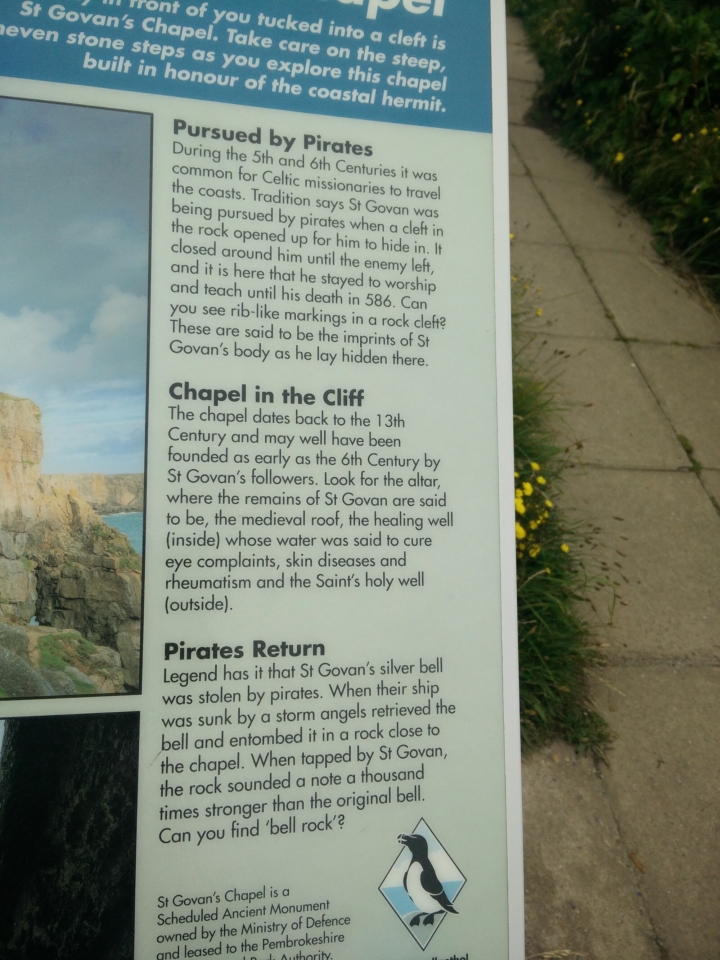