I’ve just spent an hour attempting to teach my daughter to swim. I’m not a very good swimming teacher.

Apparently Adrian Moorhouse was coached to Olympic success by a man who couldn’t swim. I can’t manage to coax my daughter out of water wings for more than five minutes.

Whilst attempting to get her to put her head under the water for the 60th time it crossed my mind that I might just be ruining the fun. Maybe all she wants to do is just bob about the pool in water wings? Maybe that is the height of her ambition? Maybe I hadn’t concentrated enough on her own motivations and ambitions? Maybe I wasn’t using all the tricks at my disposal.

I had this in the bag.

I asked her to take the wings off and she grinned and refused.

It comes to something when you are pretty sure you could influence an Exec team to do what is needed, but you are foiled by a five year old not wanting to dunk her head under.

There is a lesson there, although the lesson may just be that I’m a bad swimming coach. 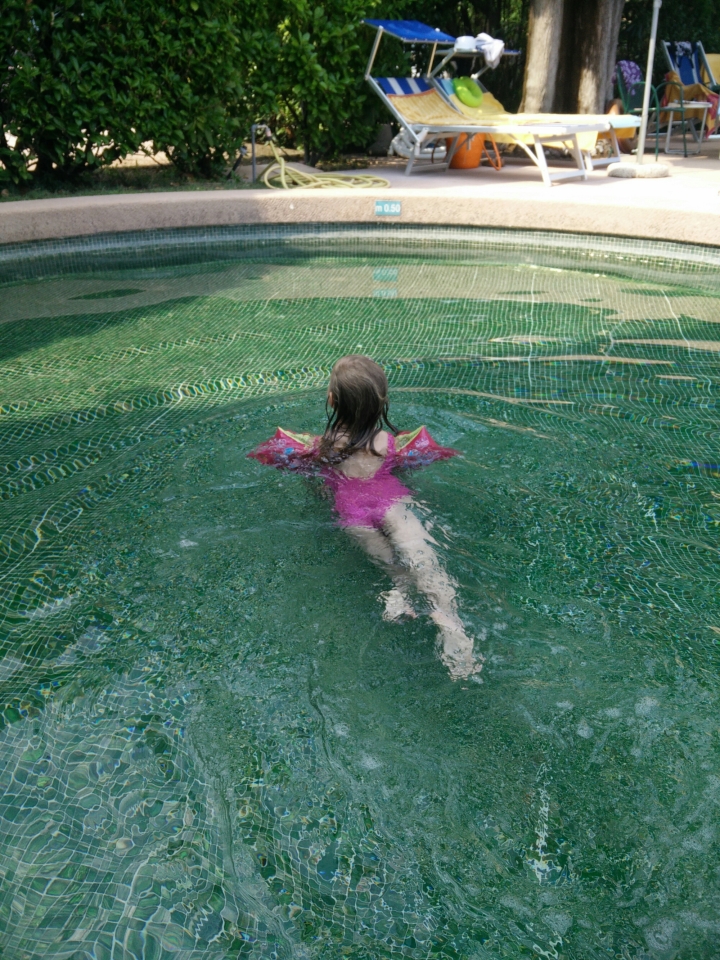