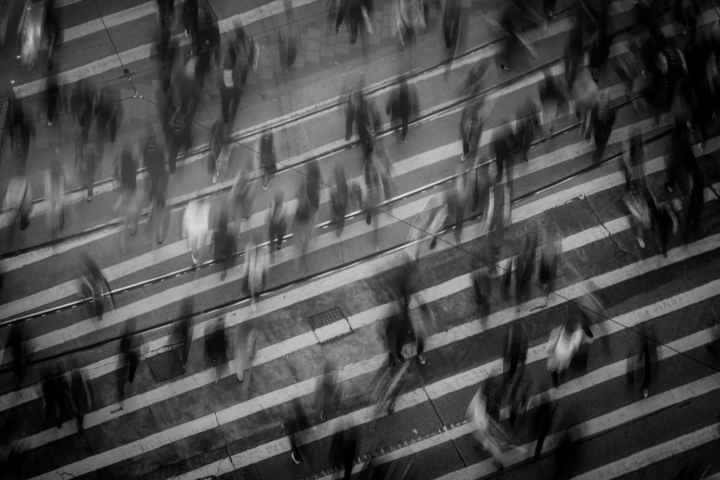 There’s a type of discrimination that we don’t talk about enough.

The Proximity Problem is the term I use to describe a very human problem that dogs the efficiency and productivity of organisations. I’d love to see research on it, because to the best of my knowledge, it’s a guilty secret. It’s the thing that leaders see elsewhere – but would never admit to themselves. It’s a genuine ethical challenge, but rarely framed as such.

The problem at hand is that, for all the talk of breaking down organisational silos and flattening structures, leaders still tend to protect those closest to them. Or, to put it more bluntly, leaders discount the emotional cost and impact of their decisions – action and inaction – on people who aren’t in their immediate sphere. As an equation it looks a bit like this

The Proximity Problem is a contributory reason, in my experience, to why it’s easier to fail and remain in certain parts of an organisation than others. For instance – we all know it tends to be better to be a direct report to a senior leader when it comes to bonus time.

Now, some of you may be thinking ‘Congratulations Sherlock, of course senior people get more money, that’s not news’, but the point I’m trying to make is that it is much harder for them to get less money. Because if they are allocated less bonus/a lower performance rating that

i) necessitates a conversation with them to tell them that news. And that person delivering the news knows their family and possibly has spent time bonding with them

So taking 1 percent off the bonuses of a group of people that you don’t know the names of and only pass in the corridor beats taking 2 percent off the person you are trapped in a room with twice a week.

When it comes to organisational changes the Proximity Problem comes to the fore again. You’ve had a raft of complaints about a team member – but you tend to believe the team member over people you don’t know as well. Why? Well, you don’t want your team member to fail and if they were to fail that would be a host of tough conversations. So you’d rather discount the views and emotions of people you haven’t met. It’s very human and it’s very costly for those not in your team. It’s why any significant clash between departments tends to end up with managers saying ‘there is fault on both sides’ – but then not dealing with the fault that sits on theirs.

It’s part and parcel of some really narrow messaging that has been given around leadership through the years:

They seem like the things leaders should do, but leading is about the organisation, not just your team. And that is where we fail.

What does the failure look like? It looks like cynicism about pay processes, it looks like people feeling that failure is tolerated for some and not for others and it looks like a fundamentally undermined culture lacking in trust and lacking in proportionate action and fairness.

And yet that happens almost everywhere you look. So if you are leading people then give them a role model who considers no member of the organisation more easily disposable than others, who anyone in the organisation can look to for a fair hearing and who would never be accused of playing favourites. Give them a great human being.

If you work in HR and care about culture they are some of the hardest conversations to have. With senior stakeholders and directly questioning their decisions.

But they are also some of the conversations most required to make organisations fair and productive.

Understanding why your directors excuse behaviour or performance from their immediate team that they wouldn’t tolerate from elsewhere cuts to the heart of one of the core, unpleasant yet understandable, biases of leadership.

Please note: the author is less guilty of this than most over the course of his career (and his teams will testify to that), but by no means innocent either. I am, at least, aware of it. Also I’ve just seen this by Mark Eltringham over at Workplace Insight. Very much worth a read.