It’s always handy to know how to rig or beneficially influence a process. Especially if you work in HR and you want things to be fair.

So here is a list of things that people should watch out for their colleagues doing. And if you run the process it’s worth reflecting on how you compensate in your process for real or accidental manipulation.

1. Complain about your salary not matching market rate in the run up to the process. Why? Because it’s the time in the year when you are most likely to get significant movement in the salary budget. There’s little point complaining one month after.

2. Deliver your best piece of work in the month heading up to the review. Why? Because the process should recognise overall outputs/inputs over a year, but we tend to place more emphasis on recent achievements. A strong Q1 is in the distant past. A strong Q4 and you are an ‘up and coming’ star.

3. Get matey with people across the business. Why? Because most processes involve a broader review by senior teams in other departments. You need to pass the good egg challenge in order to keep the positive rating that 1 & 2 have delivered you.

4. PR relentlessly. Why? Because organisations continue to reward the work most easily made visible. The person behind you quietly getting on with being awesome? Far less likely to get rewarded well than Ted, who brags about every single thing he has delivered at every single opportunity. People know about Ted. Why? Ted talks

6. Be a guy. Why? Because it unfairly helps in so many ways… I’d insert the research but the cut and pasting would tire me out.

7. Circle the wagons by insisting any failure is down to the business area that most recently annoyed your boss. Why? Any criticism of your performance will be deflected by a broader ‘I think we know there are some issues there’. They’ve had similar problems so they can hardly criticise you for not making more progress. 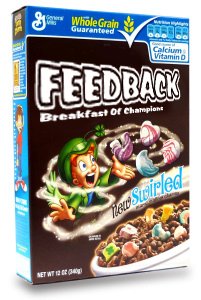 Please note the author has no need of such tactics as he relies on his beard to denote wisdom and creativity.

4 thoughts on “Rigging your review: this works and it shouldn’t”